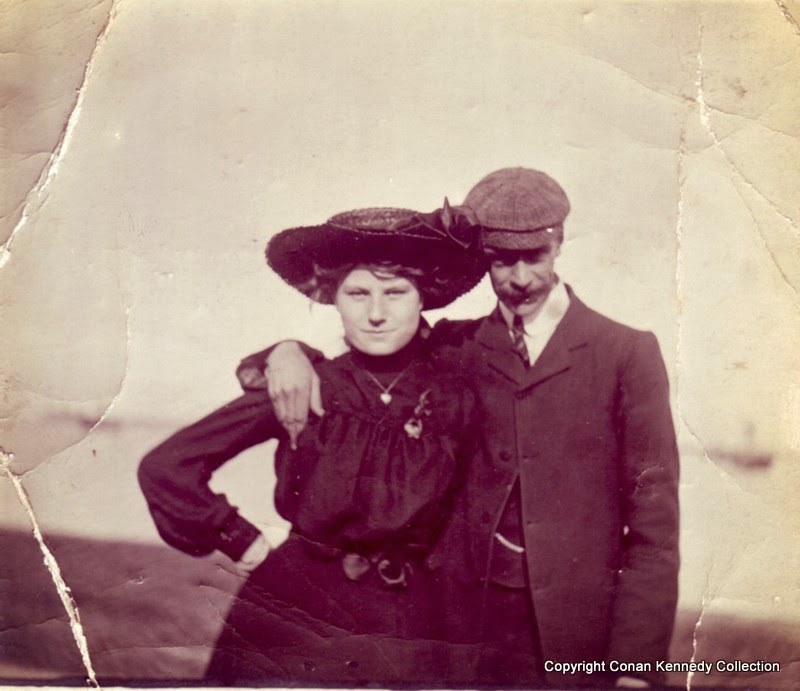 All photographs tell a story, but what happens to them as years go by, that tells another. When I collected photos (given all that up now!) I constantly asked myself, how, and what and when and why? How on earth did a particular photo end up in a particular junk shop? What sort of family would throw their grandparents’ memories out in a skip? When precisely does a photograph cease to have any meaning? What is the tipping point? How many generations must pass before it can safely be disposed of?
Questions without answers, and a few more to come. But first, the story.
Long years ago I found these snapshots in a office. An empty office in a Georgian building in . The concern that had carried on its business there had been long established, and the people who carried on the business of the concern had been equally old. Their activities were appropriate to a gaslit , long gone. But, although a venerable concern, their activities were still relevant to the modern age. That’s how they survived.
How these snapshots survived is another matter entirely.
The employees were long dead when I found the photos. The organisation itself had merged, with a younger body. The old desks and furniture and bits and pieces were left behind. The building was awaiting refurbishment, the contents awaiting a skip.
I was an architect then. I mooched about. I found the photos. That’s how they survived. 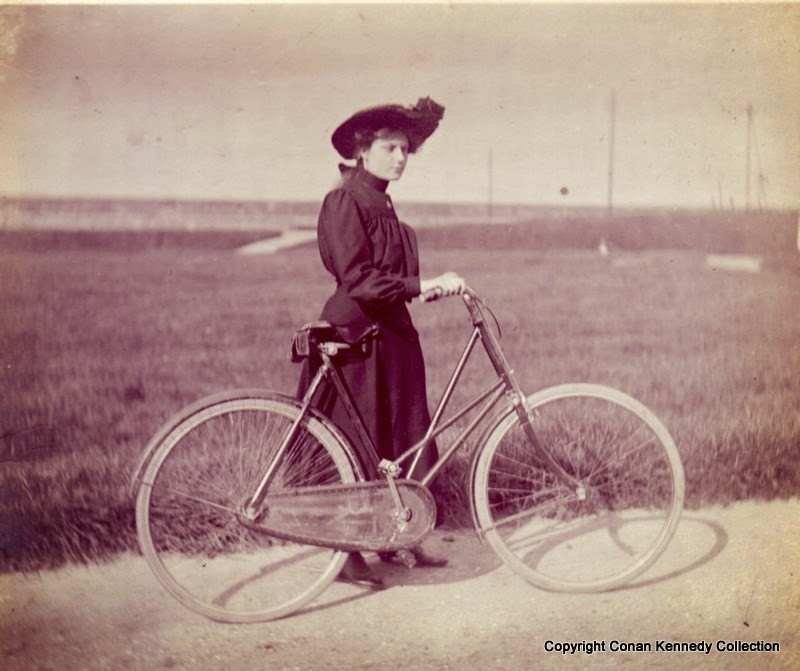 They date from the 1910’s.
They show a young man and a girl on an outing.
They’re in DúnLaoghaire. I know that, not from the photos, but because I grew up in DúnLaoghaire. I can feel that place, even in black and white.
Yes, definitely DúnLaoghaire. Or, rather, as it was, in those days.
So, why, why sixty years later would I find these photos in a office building?
Simple. Because the man who had been in charge of the office had them there. And who was he? I didn’t know, for years. But last year the 1911 Census came on line, and I tracked him down on that. I don’t think his name is particularly relevant here, except to someone whom it might upset, so we’ll leave that be. Enough to say that in 1911 he was pushing forty, living in Sandycove with his parents.
Why? Why was he not married? He’d certainly a good enough job to afford it. Maybe he was homosexual. Maybe he just never found the right woman. Maybe he had found the right woman, and it hadn’t worked out.
Whatever about those questions and their answers, why didn’t he just keep the photographs at home?
Did he eventually marry someone else, and maybe it wouldn’t have been politic to have photos of himself and another girl around the place?
Perhaps, perhaps.
He worked a lifetime in . How often did he look at these photos, through the decades of years?
They stayed in his office, through the twenties, the thirties, the forties. and the world changed, and the photos stayed the same. He looks happier than her. Is there a clue there, in her solemnity? 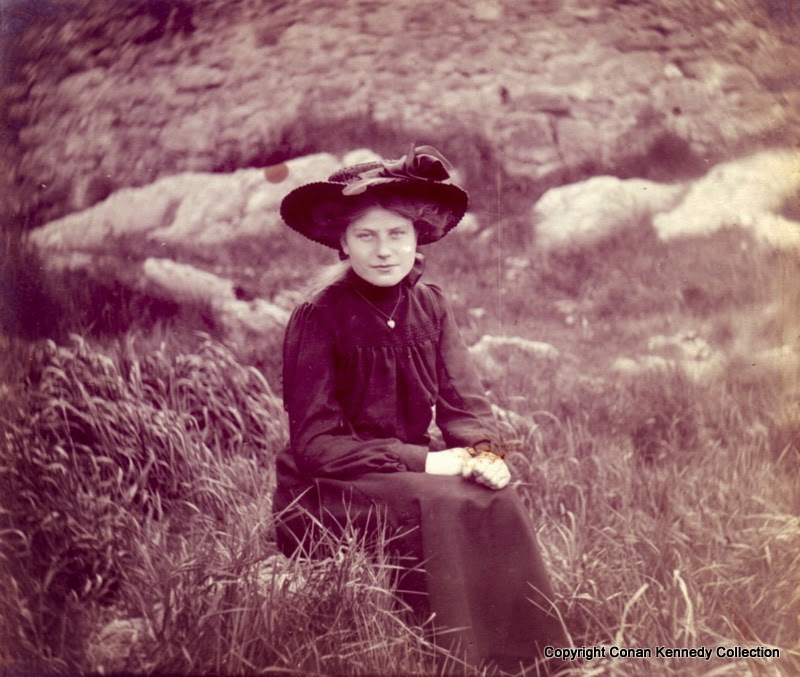 Did he look for that clue throughout his years?
Did he glance at the photos, after a thoughtful lunchtime stroll?
How often did he think of her, as he went home on the tram?
How many questions am I going to ask?
No more, no need.
I suppose we all know our own answers.

New postings will be made here from time to time, hopefully every few weeks.
If you'd like an alert
Contact conan.kennedy@gmail.com or @conankwrites
Many earlier articles in the Connections series can be viewed
by going to this link ,and still more are held
on The Irish Times archive.
Other photographs from the Conan Kennedy Collection are to be seen on the discontinued blog http://cksoldphotos.blogspot.ie/

The National Library of Ireland hold a large selection of  the Conan Kennedy Collection,
this link here will tell you all about it.
Posted by Conan Kennedy at 01:10