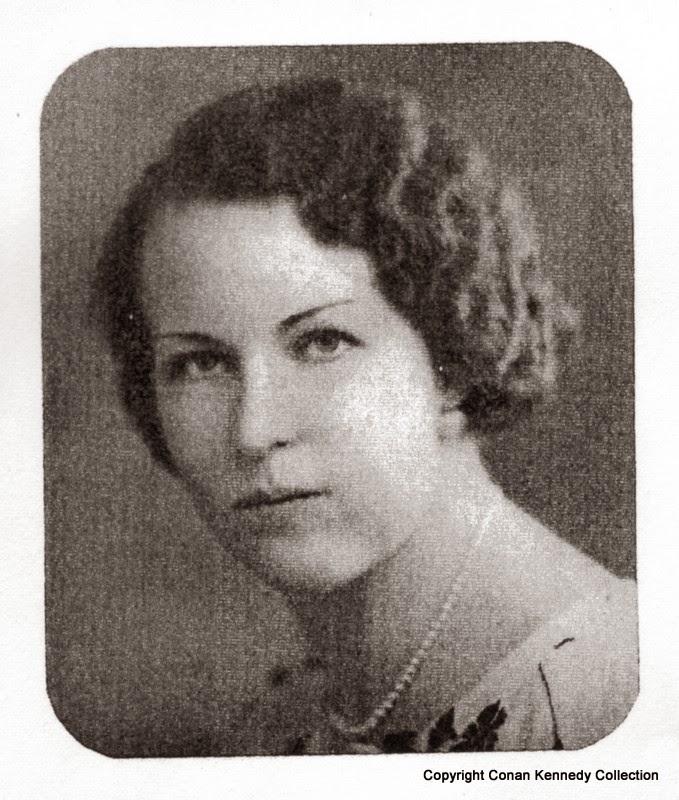 I was a smallish boy when my father took me to a rugby match and pointed out a smallish man in a largish top hat. It was President Sean T. O’Kelly.  Somewhat later a tallish man loomed loftily over my teens, DeValera, a living repository of our turbulent history, a quiet ascetic man, but somewhat sinister. The years moved on. The first president I actually shook hands with was Mary Robinson. She said ‘how nice to see you again’. I had never met her before in my life. The next time I shook her hand I was greeted with ‘how nice to meet you’, she somehow forgetting that we had been old mates on the previous occasion. I suppose that sort of thing happens to presidents. Particularly when dealing with us bearded blokes who are of a type, interchangeable. The next president to shake my well-shook hand was Mary McAleese. She giggled girlishly and said something in Belfasto-English which I didn’t quite catch. But I was smitten anyway.
Long before life in a business where one tends to meet presidents and their ilk, this present writer was in the architectural profession. Perhaps not another Gandon, nor a Cassels or even a Sam Stephenson, I nonetheless did make a mark on my native city. That long brick wall that runs up beside Fitzwilliam Tennis Club? I designed it.  And I also designed the (right hand side of) curtain wall to the now former EBS head office in . That’s the wall of the old Paradiso Cafe in the middle.
Apparantly I was the man for walls.
Then, for reasons obscure, I was plucked from all this by my boss the above mentioned Sam S, and assigned to look after his ‘special clients’. Yes of course he was a rogue and the practice was profoundly corrupt but those were the days! The ‘special clients’ ranged from the mistresses of property speculators to dodgy financiers, developers and auctioneers. While the mistresses wanted the normal things that mistresses require, (mostly nice kitchens), the speculators and financiers and dodgy bankers and builders and auctioneers all seemed to want classical things. Porticoes in the ionic order. And very very vulgar bathrooms. What this writer does not know about corruption in the building industry, nice kitchens, porticoes in the ionic order and vulgar bathrooms is not worth knowing.
How and ever, in amongst the movers and shakers and shysters of the special clients’ list there were some normal upright citizens. Not many, just some. Cearbhall Ó Dálaigh was one of these. Not remotely interested in ionic porticoes or vulgar bathrooms, he was merely trying to do up his house in Wicklow. Recently appointed Chief Justice, the State was making the house more secure and in the process bits and pieces of renovations and extensions were being done.
The point man for the State, I spent an afternoon a week for many weeks down there. The house was in what is known as The Russian Village, in Wicklow’s Kilquade, a strange little enclave vaguely reminiscent of the set for the film The Fiddler on The Roof. Though without the marauding Cossacks and singing Jews and chirping chickens. My afternoons there were spent taking tea and discussing the topics of the day with the Chief Justice’s wife, Mrs O’D. Sometimes the topic of architecture arose, but rarely. Instead we wandered widely on life’s rich tapestry.
An older woman to my youth, I liked her lots.
For some reason the State had decided to replace the house’s original leaded pane windows with clear sheets of glass. Whether this from sheer bloody ignorance or as some plan to give the Special Branch a clear field of fire at assassains I do not know. In any event, the elegant old windows went, and came to me via the good offices of Mrs O’D, who knew I was building my own house in Mayo at the time.
And that, was that.
The Ó Dálaighs moved on, to Áras an Uachtarain. I did not see them again. Then not so long ago I found a magazine, or an old school year book rather, stuck in a bundle of old magazines that I came across in a shop.  I noted this photo, and bought the bundle, and snipped the photo out.
No, it is not the President’s wife, nor the wife of the Chief Justice. Nor is it the older woman who gave me tea so many times, and listened to my young man’s waffle, amused and wise. It’s all of them, and lots of other people too.
“Mairín Ní Dhiarmada, of ”, the caption tells me, “on the 16th May 1934 she married Cearbhall Ó Dálaigh.”
Right now I look through her leaded glass windows and see…connections.


New postings will be made here from time to time, hopefully every few weeks.
Contact morriganbooks@gmail.com if you'd like an email alert.
Many earlier articles in the Connections series can be viewed
by going to this link ,and still more are held
on The Irish Times archive.
Other photographs from the Conan Kennedy Collection are to be seen on the discontinued blog http://cksoldphotos.blogspot.ie/